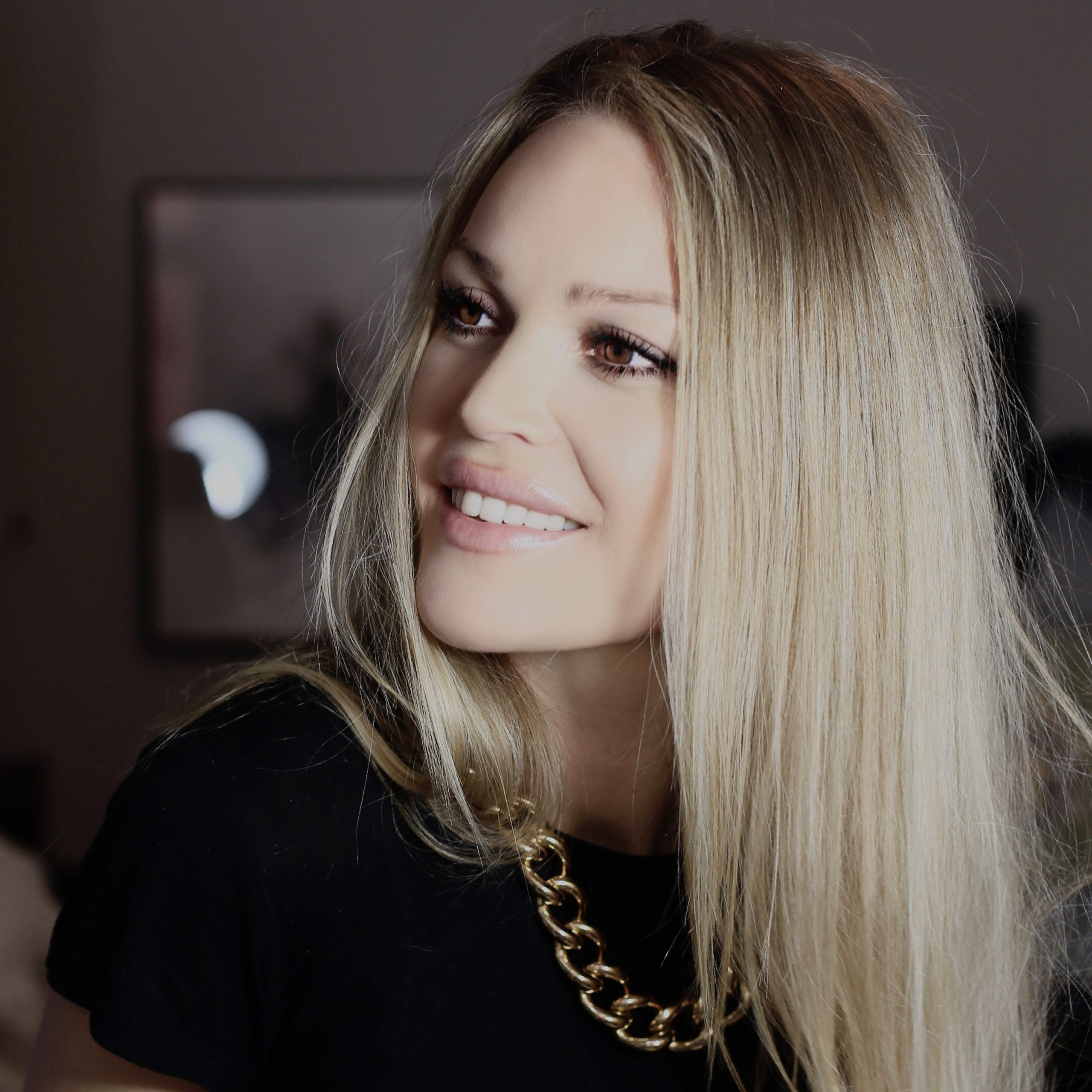 First of all, I love that you’re hitting the reaction buttons below the posts! It’s so great for me to get a response, so thank you! I hope you’ve had a great Easter holiday despite the situation. I’ve spent mine unpacking and trawling instagram for interior inspiration and furniture hunting, while stuffing my face with way too much chocolate. But that’s not what this post is about…

The juicy questions from the Q&A are finally being revealed

In this post I answer why I moved from Monaco, what my doggies have been up to, what happened with the previous boyfriend, what my life has been like since I stopped blogging and what I do for work. I decided to group all of these questions together because the answers are very much tied together. I have decided to just write out the full story as I prefer to be a little more personal in answering this. So I suggest you get yourself a big cuppa tea and snuggle up.

When I met my previous boyfriend, James, I fell madly in love with him. It was the first time I experienced real love as opposed to the infatuation I had felt before. James was a human google with answers to anything. He had a witty kind of humour, the kind where intelligence is having fun! He’s an incredibly well rounded person, strong willed yet empathetic and kind. He had the most striking blue eyes I had ever seen which was made even brighter by the contrast of his olive skin. He’s the kind of guy that took care of things and always considered my needs just as important as his, making me feel safe with him. He was a guy I could count on for anything, and our conversations never ended. It was a no brainer for me to move in with him. Moving to Monaco also meant not going to university as planned, but I figured I was still young and there would be opportunities in Monaco as well. As a Scandi, and thus growing up in a country in the forefront of gender equality, I always envisioned having an education and a career of my own. I went to visit the university in Monaco, but it wasn’t quite what I had hoped for and even removed from the list of accepted universities by the Norwegian government. As you know I started blogging and the years started rolling on. Nowadays I think most people understand that blogging, particularly the three posts per day type of blogging I was doing, is a full time job. Paradoxically, in 2013 when people read my blog which was also coded and designed by me, some people thought that I was living off of my boyfriend and that I didn’t have a job. It was very hard to deal with for me despite the blog being successful.

James, being the super kind and understanding person he is, understood my need and we got the apartment in London for me to get a closer look at the universities and what life would be like in London. At the same time, his job required him to be a certain amount of time in Monaco and Dubai, and with my job being so flexible and us wanting to spend time together, we didn’t spend as much time in London as first planned and gave up the apartment before I had time to apply to university.

Then friends around us were starting to get married and some even having babies, and it was of course something we also talked about with all that comes with it. It became apparent to me in these conversations that I had overlooked very important aspects up until this point. The first issue that arose was our differentiating views on circumcision. I’m aware this is normal in the US and in some religions, but where I come from it is definitely not. It was unthinkable for James to not have his future son circumcised, and he worried about his son being bullied if he was not circumcised. Likewise it was unthinkable for me that my future son, a little baby, would be cut for no medical purpose. It is simply not possible for me to accept that. The second issue was that our parents resided in four different countries and none in the country we resided in, meaning our children wouldn’t have grandparents and extended family close to them. Of course we could’ve moved, but it would still only be one grandparent and an aunt at best. I myself grew up with a very small family around me due to my parents families living in two different countries, so I’ve always wanted to ensure my children will have a larger family close to them. Thirdly, I worried about what would happen if we divorced. James was very firm on wanting his children to go to the best schools. So for me to be close to my children I would, in the worst case scenario, be forced to live somewhere alone far away from both family and friends. I loved James very much, but the pit in my stomach grew too large for me to be happy about the thought of us getting married. It didn’t feel right. And once I faced up to that feeling, being truly honest with myself, I knew that we were not meant for each other. It was the hardest decision I had ever made, at the same time as it was not.

There was no drama and no arguments in the process. We understood each other very well, and respected each other even more for being true to ourselves. Our relationship evolved to something else, and we became very close friends. I moved to London with the doggies to go to university and James visited us almost every week.

For me personally, this year felt like I had found the correct path and I loved the university. I don’t mean to brag (ok, maybe a little) but I truly excelled as a student, achieving the best investment presentation of all the students of all the courses in my year. My brain was so thirsty for knowledge that I just soaked up everything I could get my eyes on. It was very healing for me, after receiving some pretty harsh comments on both the blog and a forum. In hindsight I know these people writing the comments knew nothing about me, my situation or my abilities, but it’s difficult to think rational when you receive such hateful comments from strangers on a platform where you try to spread good energy. The forum was completely unmoderated allowing people to spread the wildest lies and the most hateful things about me, and there was nothing I could do about it. I only read Norwegian blogs at the time, but in Norway these kind of forums were moderated, so I had nothing to compare with to get an understanding of who these people were and if their conceptions were of popular belief. Additionally, when someone would google my name they would come across a forum full of hate and lies, and I feared people would read and collect this information as accurate information. Not only were there lies about me, but about James and my family as well. I was very ashamed and I decided to change my last name to the family name on my mothers side. Sadly, “trolling” with lies and hateful comments are more common these days which means that at least most people understand to be more critical of information on forums.

During my year in London I also started getting serious about vintage handbags, receiving inquiries from friends and their friends to source particular models. I formed valuable relationships with professionals in the vintage industry with whom I still work via my shop today. At this point I decided to stop blogging as I was in need of some time offline to myself, and to focus on university and my new line of work. I decided to move back to Norway as I was missing my family and friends, and continued my studies there and finally founded my shop completely dedicated to vintage handbags and accessories. It was quite hectic at times being a full time student and starting a business, but it somehow worked! This was also my first time as properly single as I had been in relationships almost continuously up until this point. I think it was very good for me to be single and to properly get to know who I was without the influence from someone else, and without the scrutiny of people reading the blog. It was great to be reunited with friends, and to make new friends in Oslo. I had such a great time and I made friends who I now consider some of my closest. Dating on the other hand was not so easy. As soon as a guy would hear I had lived in Monaco they would either go way overboard trying to impress me on the wrong premises, or they would make a big deal out of not paying for even a single drink. Personally, I like first dates to be laidback and for us to both pay every other round of drinks so we can get to know each other in a comfortable environment on equal terms.

James and I continued having a close friendship, and he even visited me for my birthday. The doggies then went to live with James as it was his turn to have them, and I went to visit them there. It’s really strange coming back to Monaco when not living there. When living in Monaco it’s easy to take for granted how beautiful it is because it’s a little overshadowed by how small it feels. Keep in mind that Monaco is only 2000 square meters! In 2017, James and I started working on a project together simultaneously as I went through a really rough heart break from my first relationship after James. It was the first time I got dumped, and I was completely unprepared and didn’t handle it very well. In hindsight I think it was probably a good experience for me, lol. James called me every day to ensure I was ok, and I ended up coming to Monaco to escape, work on the project, and see the dogs as well. This project is the reason why I’m in Stockholm now btw. I’ll come back to this in greater detail in a later post.

James and I are now both in serious relationships, and our friendship isn’t as close as it once was out of respect for our loved ones. When we talk now it is mostly work and doggie related, but I know that he only wishes the best for me as I do for him, and he is still one of my favourite people on the planet. It’s now my turn to have the dogs, but a little difficult with the current pandemic situation, so I might have to wait a little longer until I can bring them to their new big garden. But when that day finally comes I will burst of happiness as I miss them so much and I know they will love this garden!!

Phew! That was a long one. Well done if you made it all the way through in one sitting. Next I have a big reveal to you guys, and I can’t wait to tell you!! It’s been so hard keeping it a secret…